Copies of my books are available for purchase through your favorite bookstore or online. 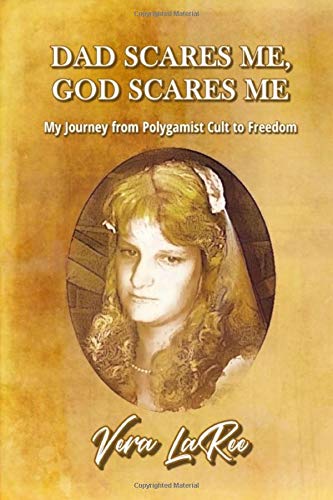 Born into a polygamist cult in Mexico in 1971, Vera LaRee was one of fifty-seven children her father had with his eleven wives. Constantly told that women were inferior to men and God was to be feared, from an early age she experienced manipulation, brainwashing and sexual violation.

Married off to her deceased sister’s husband at the age of sixteen, she helped raise her sister’s children and gave birth to three of her own—truly believing what she had always been told: That a woman could not get to Heaven without a man. But hard as she tried to live “celestial marriage,” to please her husband and make peace with her life, she never felt loved, respected or valued. However, every time she silently (and secretly) dared to question the beliefs of the cult, she found herself overcome with guilt, shame, and fear. So, for years, the control that her father, husband, and their polygamist God had over her continued—but it all began to change when the seed of a single idea she read in a hidden book slowly started taking root.

THE TRUE STORY OF ONE WOMAN’S QUEST FOR FREEDOM, THIS IS A BOOK YOU WILL NEVER FORGET!

“GREAT CONTENT, GREAT STORY… Wow! Very well written! Kudos to the author/writer I’ve read a few other books about cult survivors and escapers, but none like this. This book was very enjoyable, I just couldn’t put it down. My heart goes out to young Mrs.  Jackson, what a living hell she endured, all for the love of her motherless nieces and nephew. What a tearjerker. I highly recommend this book.”

“AMAZING… This book was amazing!”

“GREAT BOOK… What an inspiring story!! I could recommend this book to everyone. It shows how important it is for us all to honor our inner voice Having followed other cult stories I’m certain that this woman will receive backlash from the existing cult members as their way to try and stop her from telling what happens behind closed doors… Great read!”

“EXTREMELY POWERFUL STORY!… Impossible to put down once started. Amazing story and an even stronger woman!”

Pre-Orders are available through your favorite bookstore or online.

-Drop The Diet, Drop The Weight- 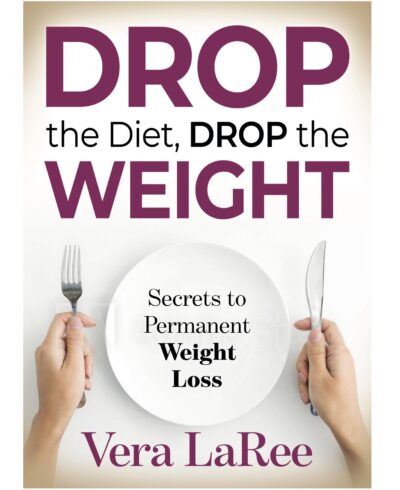 Drop the Diet, Drop the Weight teaches those who are sick of their weight being a problem how to drop the diets and the weight.

Cult survivor and longtime fitness enthusiast, Vera LaRee has spent her life mastering the art of staying free of systems that hold the mind hostage. She is a former bodybuilder competitor who now devotes her life to dismantling the idea of a thin supremacy. In Drop the Diet, Drop the Weight, those who are sick of their weight being a problem learn:

“MOST INSPIRATIONAL BOOK AND AUTHOR I HAVE EVER READ… This book touched me deeper than anything that I have ever read. I happen to know Vera LaRee personally. I read this book not knowing her total life story. From knowing her personally she has changed my life prior to even reading this book. I used to weigh 475 lbs. I now weigh 300 lbs. But more than that she has shown me how to love and care about myself and how I see myself with confidence, integrity, and faith. There is no one in my life that has touched me more influentially. Everyone should read this book. It is truly and amazing true-life story that will let everyone know that you can get through anything in life if you have the will.”